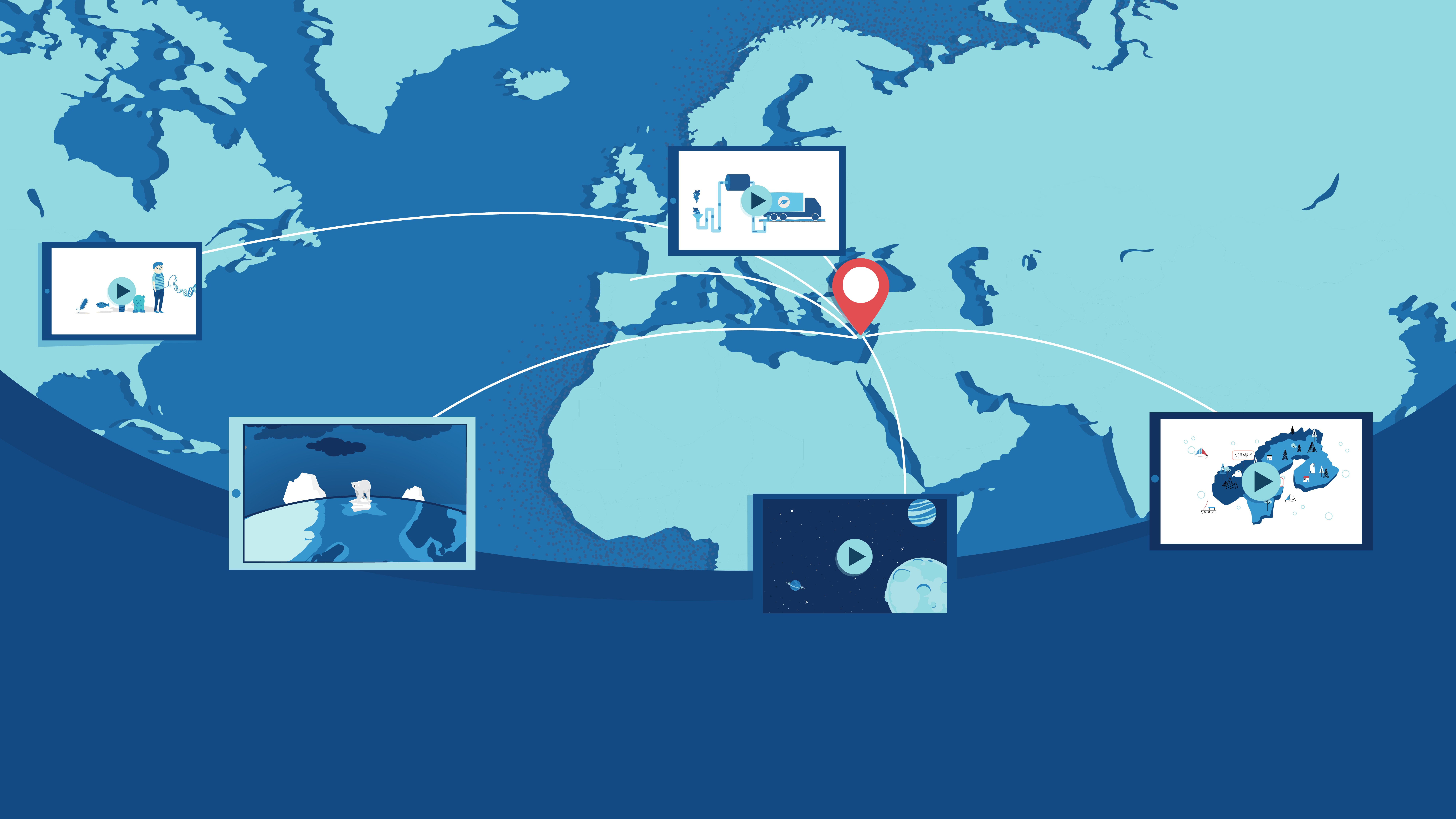 There are all sorts of horror stories about buying things from international sellers, but need that fear translate across to working with a video production studio abroad?

Based in Cyprus, at Zedem Media we have produced animated video and film content for both local as well as regular global clients and we're here to put your fears to bed.

Thankfully, there is one major tool under all our belts that sweeps this issue under the rug – you guessed it – the Internet. The Internet has evolved rapidly over the years and our lifestyles have evolved around it. We're all connected nowadays, almost all the time for most of us, thanks to smartphones. So how does this help you when dealing with an animation production studio based abroad? With countless collaboration platforms and video conference tools, such as Skype or Slack, it's simple for you to stay connected with the production studio during the entire  process of creating your animated video. Heck, you're even likely to have video conferences with people in your own city, so what's a little more distance to the Internet?

This leads on to our next point – time zones. Okay, we can't claim it's feasible for you to work with a production studio based somewhere that has a 10 hour time difference, but there is so much choice when it comes to animation production studios that you can find one within a reasonable time-zone. Not only that, but with good communication (we told you it's important!) a schedule can be arranged to ensure that you are always in the loop during the production of your animated video content.

Sticking with the communication theme, another worry is often a potential language barrier. Again, this one will take a little initiative on your part. Nevertheless, English is spoken in many places around the globe and most animation production companies make a point of knowing this common language. Our sights are, after all, set on the global market as well as local.

As you can see, there's little reason to let fears of poor communication damped your desire to create awesome animated educational videos, or explainer videos, or any other kind of animated video you need.

So now we've covered communication, what are some other factors to consider when looking at animation production studios that are based abroad?

[Well, one of the leading factors to consider when creating an animated explainer video, for example, is your target audience. Is an animation production studio that's based elsewhere able to really understand your audience?]

Above all else, you want your animated videos to be top quality. As a production studio ourselves, we at Zedem Media can assure you that we also want your animated videos to be top quality! They do represent us too, you know. Whilst some countries have been working in this creative industry for longer than others, and many companies are older than others, this is no indication of the quality of animated videos the studio produces. In fact, fresh eyes bring fresh perspective and new ideas, ideas which could give your brand a unique edge, setting you above the competition. So take a look at the animation studio's showreel and let their work do the talking before you start walking.

A final point we'd like to make is yet another key element: cost. High quality animated video content costs money and the better the quality, the longer it takes, and the more it costs. It's just the way the world goes around. But get this – you could get the same level of service and quality from an animation production studio based abroad for up to half the price. Same quality, for less.

At the end of the day, the choice is yours – but in our opinion, there's no need to limit yourselves when the entire world is at your fingertips. Perhaps a local studio is the best fit for your company, but broaden your horizons and maybe you'll find another animation studio out there who can give you the animated video you've been looking for.