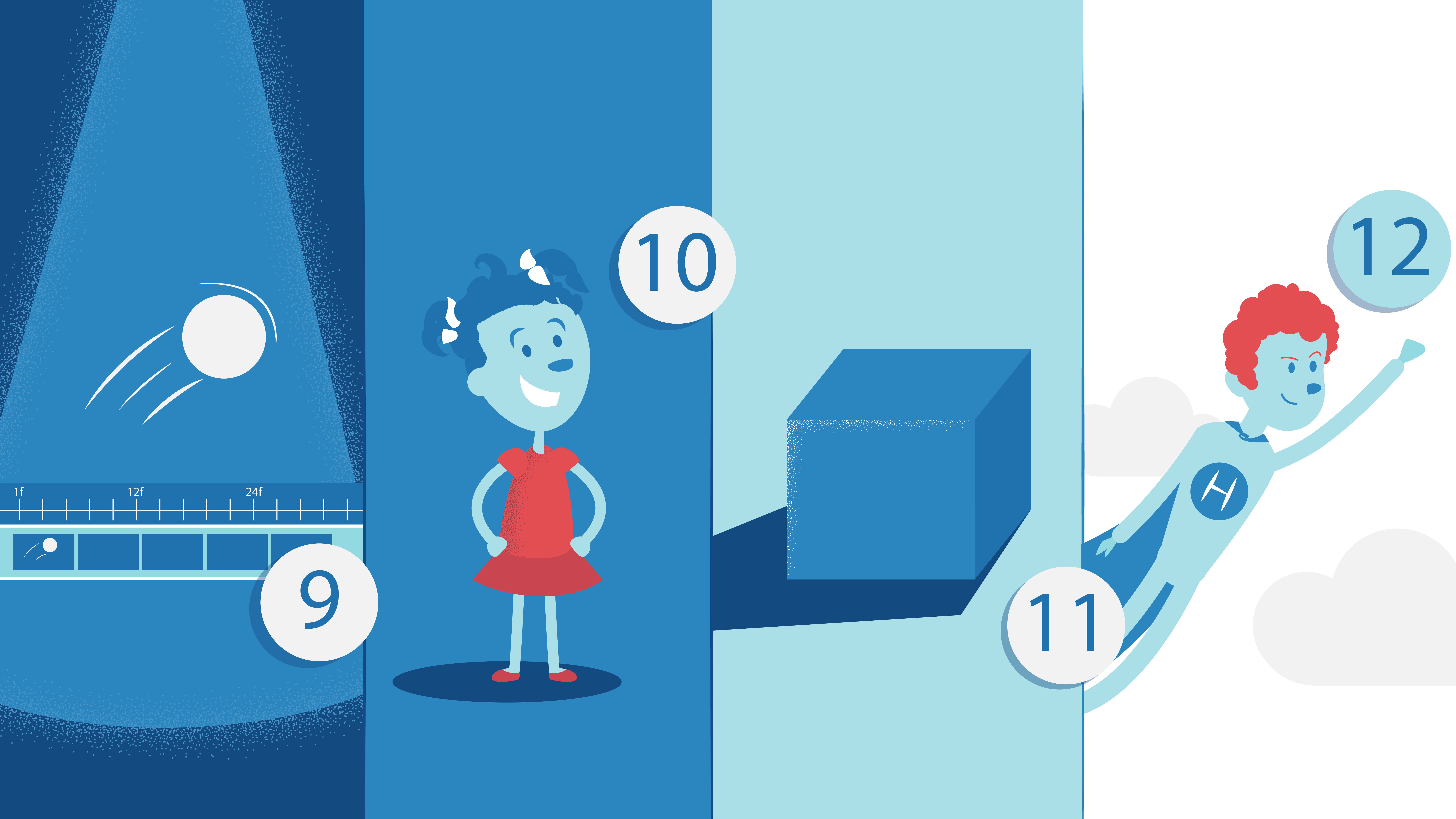 As we have learnt from The Godfather, the best things in life (and storytelling) come in three acts.

So here you go... The third and final part of our tribute to the Principles of Animation.

Timing can make or break an animated video, especially when creating animated explainer videos or animated commercials that only have a small timeframe in which to work.

Each has its advantages and ideal uses – for example, ones are great for a fast flurry of movement, whilst twos cut the work in half as well as creating a smoother effect for slower movements – but when it comes to creating your own animated videos, you need to experiment and find out what works best for your animation.

Exaggeration. We're all guilty of it when telling stories or relaying news – it adds more spice and helps the audience feel the rush of emotions that we felt when experiencing the events being recalled. Sure, it can be a bit over-the-top or annoying sometimes, but when it comes to animated video, exaggeration is a must. In animated video, the subtle nuances of body language don't come across as clearly as in real life, especially when working with a simple animated character, so they must be made bigger in order to be seen and be convincing

To fulfil this principle, your animated characters need appear to exist in 3-dimensional space, with depth, weight and balance. This is simple enough when creating a 3D animated video, but for 2D animated videos, you need to have knowledge of 3D spaces. When designing your animated character or objects, draw them with 3D shapes, such as cylinders, spheres and cubes, whilst also keeping perspective in mind. You can also avoid symmetrical lines and be aware of using overlapping lines in places, such as for clothing.

When it comes to animating the video, every animator has to bear in mind “twinning” which is when limbs mirror one another.

Finally, as animated video is a visual medium, your designs need to have appeal. Whether your animated hero, villain, background character, or backgrounds themselves, you animated videos must be appealing to your target audience. Use different shapes and a colour palette that suits the tone of the animated video, and make sure that the message and personalities are clear. You don't have to be designing Disney in order to be appealing. Get to know what your audience wants, and let us at Zedem Media help you with the rest.

As you can see, a great deal of thought goes into producing high quality animated videos. At Zedem Media, we keep all these principles in mind in order to create the best animated video content for your company, be they company story videos, explainer videos, educational videos and more.