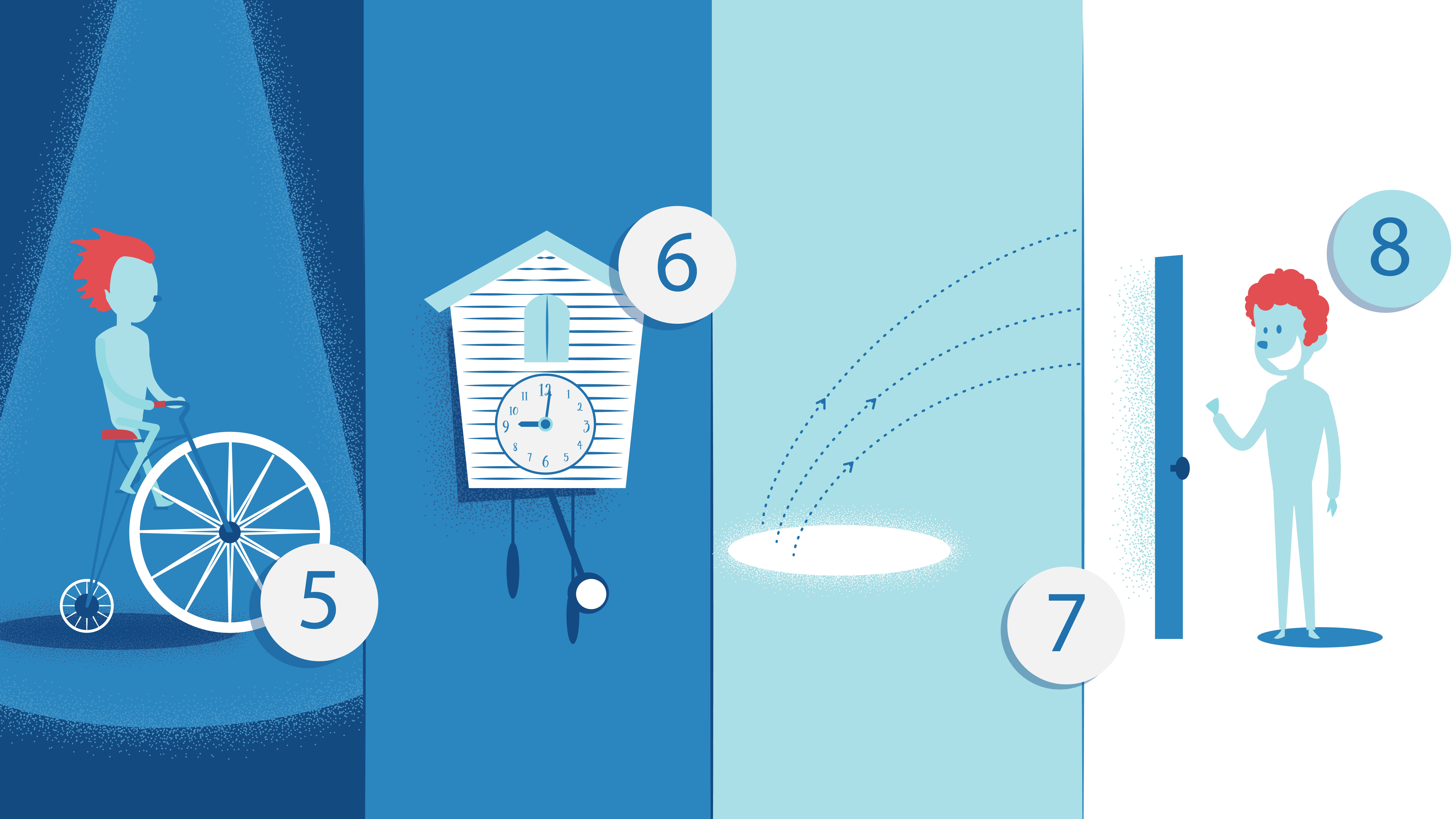 In the second part of our tribute to the 'animation bible', we reveal 4 more of the 12 principles of animation. If you didn't catch it last week, check out Part I here

As we mentioned in a previous blog post, at Zedem Media we love Disney's Moana and one of the greatest technical features of it are the hair dynamics. Every pirouette and consequential slap of hair across Moana's face is an example of follow-through – when your animated character stops moving, their hair, clothes, limbs, etc don't stop at the same time, but rather keep on moving for a few frames.

Similarly, overlapping action happens when a character changes direction but their hair and clothes, etc, continue moving forward before following the main body a few frames later – it is the offset between the main animated character and the other parts.

Follow-through and overlapping action are usually associated with the animation method of “drag”, which is the delaying of animated body parts (or accessories) in relation to the animation of the main body. The amount of drag an animated element has creates an idea of its mass – more drag seems floppier, whilst less drag seems stiffer and springier.

Use of follow-through, overlapping action and drag in your animated videos will help you animate more realistic movements.

Ease In & Ease Out

Creating a fluid animated video isn't as simple as easing everything both in and out, however. Going back to the beloved example of an animated bouncing ball, the ball would not slow down as it nears the ground, but rather as it bounces back up again – so when creating animated video content, keep in mind when and where it's appropriate to ease in and ease out.

Excluding mechanical appliances, everything moves in an arcing motion and this needs to be kept in mind when creating animated videos. Moving animated elements across straight lines not only leads to stiff and unnatural looking animated content, but can also lead to accidental warping of proportions.

Not to be confused with follow-through, secondary action is more like complimentary animation. For example, if your animated video has a character knocking on a door, the secondary action can indicate the animated character's mood. For example, if his free hand is balled into a fist, he will appear angry, but if his arm is close to his body and he looks around before knocking, he will appear sneaky.