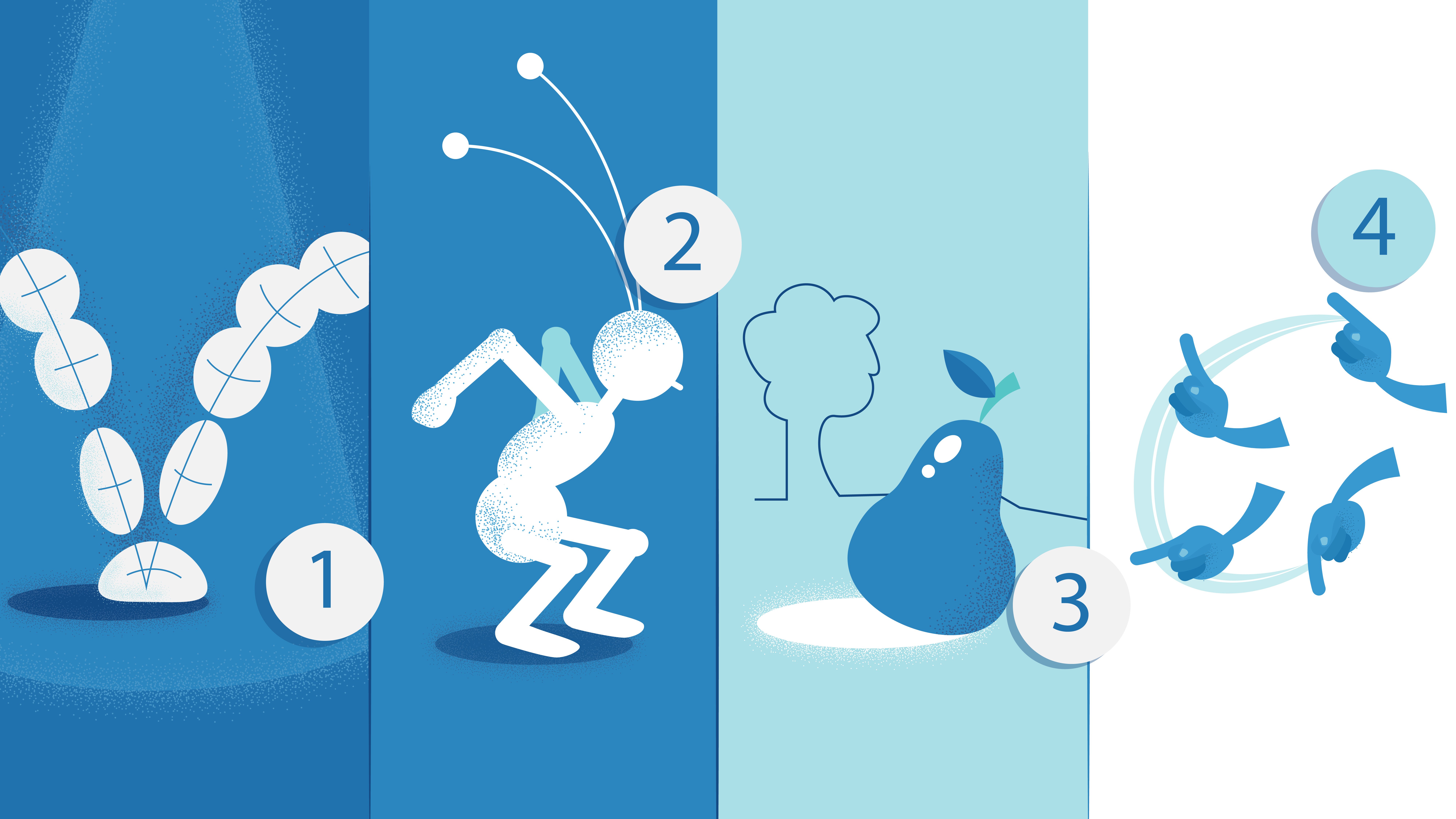 If you are familiar with animation, you'll know that there are twelve principles that every animator must know and understand in order to produce quality work. The holy commandments of the animated video world, if you will. Even if your experience with animation is only watching animated videos you'll definitely have noticed some of these principles regardless of the types of animated video you watch – be it high-budget animated films to animated explainer videos, or even motion graphics.

Developed by the celebrated “Old Men” of Disney and included in “The Illusion of Life” by Frank Thomas and Ollie Johnston, these essential principle are:

As animated characters and animated video content exist within their own fabricated world, they have no physical weight in the real world and gravity does not affect them. Therefore, the illusion of their weight must be created by the animator. That's where squash and stretch comes in.

The easiest example of this is to imagine two animated balls. As the first falls it stretches as it reaches its top speed, then squashes almost flat as it impacts the ground, before bouncing back up into its original shape. It sounds soft and squishy, right? Like a water ballon or rubber ball. Now imagine another ball falling to the ground. This ball, however, maintains its shape throughout, even on impact. This lack of squash and stretch creates the impression of a hard object, such as a bowling ball.

Squash and stretch can also be useful when animating facial expressions or body movements, to add more depth and emotion.

Without some degree of anticipation, even we wouldn't be able to move around. Humour us – stand up and jump as high into the air as you can? Done it? Chances are, before you leapt into the air you squatted down a degree. That, dear readers, is anticipation. The wind-up to the main movement.

In animated video anticipation is important not only for creating realistic or catchy movement, but also for directing the audience towards what is going to happen. And anticipation doesn't just apply to animated characters, but even to animated motion graphics videos or animated typography videos. If an object or text is about to move off-screen, it will move slightly in the opposite direction before moving off-screen.

When thinking of staging, you may think of live-action film or theatre, for which everything on set must be carefully considered and each camera shot must tell a story. The same applies when creating animated video (never skip storyboards!).

Animated explainer videos or animated commercials, especially, have a very limited amount of time in which to convey their story or message, so staging is crucial. Every pose or action of your animated character needs to clearly communicate mood, story, environment and more. Don't forget your backgrounds either! Just like a set would be dressed, the backgrounds of animated videos must also be carefully staged to relate to the story and continuity.

This one is a little more technical. In order to create animated videos, animators work frame-per-frame. Working at 25 frames-per-second (fps) would mean an animator would have to draw 25 drawings for 1 second of animation. The straight ahead method of animated video production means an animator will draw each frame consecutively, working drawing-to-drawing until the end of the scene. As this method leaves you with less control – your animated character may end up out of proportion, for example, it's good for fast, spontaneous movements, as well as animating organic elements such as fire or water.

When creating an animated video using the pose-to-pose method, an animator will start by drawing the main poses and then going back to fill in the in-between poses. This give you far more control over the scenes and characters in your animated video and is a more common method of working within animation production.