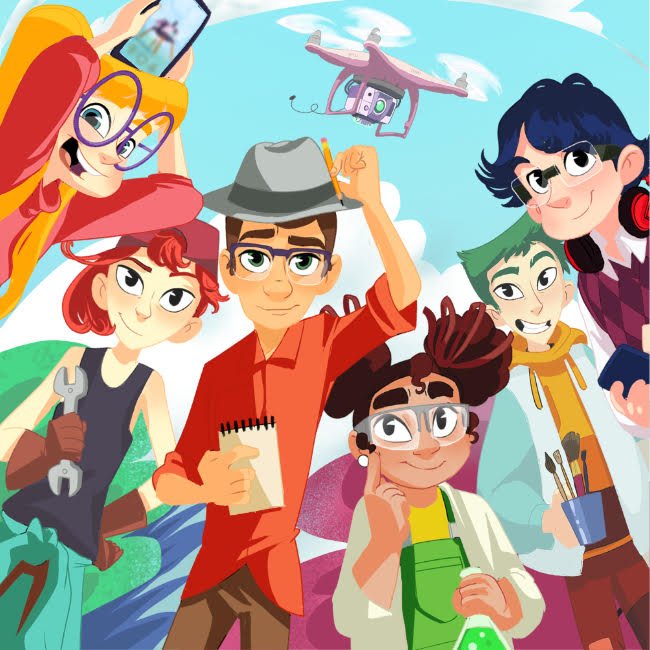 We are delighted to have been able to talk to Cyprus Mail about our upcoming television series for children titled 'The Makers', and all the new developments of its journey to the screen.

Thanks to Alix Norman for the feature!
This is the articles as it appears on Cyprus Mail:

“This is the show I wish I’d had when I was growing up,” says Michael Kalopaidis. “It’s not about superheroes, or kids dealing only with specific issues – it’s about inspiring children to get out there and try new things. Things that we, perhaps, didn’t have when we were growing up. “Coding is one example,” suggests the founder of Zedem Media, the Larnaca-based studio behind this under-production show. “But we’re also talking about leadership and entrepreneurship and different sorts of art…”

The show is called, simply, The Makers, and it’s set to launch to a worldwide audience. “It’s about making learning fun,” Michael explains. “The way we’re showcasing the storyline and how our characters can use their knowledge to solve problems, we’re showing that the things we learn at school can apply to the real world – that knowledge and creative and critical thinking is indeed a superpower that you can have.”

Under Michael, Zedem Media has already completed a number of successful projects, chief among them The Parrot Lady, a short film that recently took first prize in the Humanitarian category at the Los Angeles Animation Festival. But The Makers will be the studio’s first foray into internationally-franchised kids’ television, and it promises, he says, “to help children to develop an interest in science, tech, and the arts.”

There’s a big emphasis on STREAM skills, and that, Michael reveals, is “because I wanted to do something to inspire children to develop an interest in science, technology, reading, engineering, the arts, and mathematics…”

The premise of the show involves real-life issues (such as water pollution, abandoned animals, and sustainability), each highlighted in a 22-minute episode led by five superhero-like characters who embody the pillars of STREAM. There’s Savanna, Talia, Robby, Evie, Asa, and Mattheus, along with a little robot called Ike, “who is one of my favourite characters,” Michael grins. “Ike is modular, and can be configured into different things, like a submarine, or a rover, or a drone – whatever helps the characters complete the challenge they face in the episode.

“These are actually relatable characters with flaws and idiosyncrasies and weaknesses – just like real kids; they’re not perfect superheroes,” he continues. “But through their interactions, they’re able to emphasise important skills, such as critical thinking, leadership, and entrepreneurship. It’s a way,” he adds, “to engage and inspire children to pursue knowledge and activities and interests; to encourage them to go out and try new things.”

Billed as “a very international project,” The Makers already has at least 15 people working on the show, both here and abroad. “We’re a multinational team,” says Michael; “we’re already cooperating with a US-based director who’s currently working on The Simpsons, as well as a multi-award winning writer from the UK.” And on the strength of the show’s pitch at the Cartoon Forum and Cartoon 360 in France, Michael has signed an agreement with Bejuba Entertainment, a well-known distribution company.

“This is the first time that a Cyprus studio has signed an agreement with an international distributor for the creation of a television show. This will help us to secure the funding needed to go into production,” he continues. “And we hope it will not only transform our studio but the animation industry of Cyprus too…”

Such a high-profile project means, says Michael, “that we’ll be able to create new job opportunities for local talent and attract experts from around the world. We’ll be raising awareness of our local animation industry both here and overseas, as well as highlighting the many talented experts we have on the island. And mostly,” he enthuses, “it’s going to be great for our children: what we’re doing is trying to have a positive impact on kids’ futures – not just here in Cyprus, but all around the world.”

Aimed at six to 11-year-olds, The Makers is set to launch by 2022 or 2023, and Michael hopes it will be syndicated worldwide. “I think the core audience will be aged six to nine, but because of its complexity the show might also appeal to 10- and 11-year-olds. It’s like an adventure show; not just pure education, and that’s a great way to engage and inspire children to pursue knowledge.”

Initially, the show will be produced in English, and then – depending on the broadcasters – dubbed into any language. “We’re hoping to have a truly global reach,” says Michael, noting that while the majority of locally-produced TV shows are geared for the Cyprus market, The Makers will be a far more international affair. “It’s a way for Cyprus to produce a television series that will ideally go global,” says Michael. “At Zedem Media we do hope to put Cyprus on the animation map – that would be great for the country,” he grins. “But primarily we’re making The Makers because we want to make learning fun; fun for kids around the whole world.”

As presented in Cyprus Mail: https://cyprus-mail.com/2021/01/09/upcoming-tv-show-aims-to-make-learning-fun/ 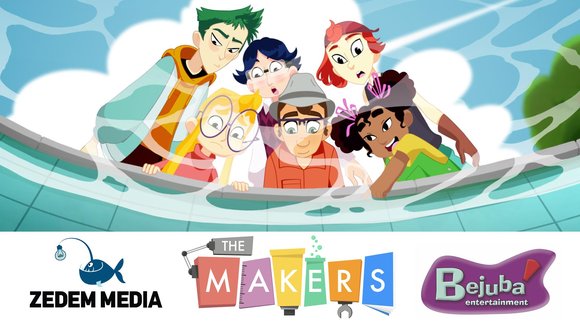