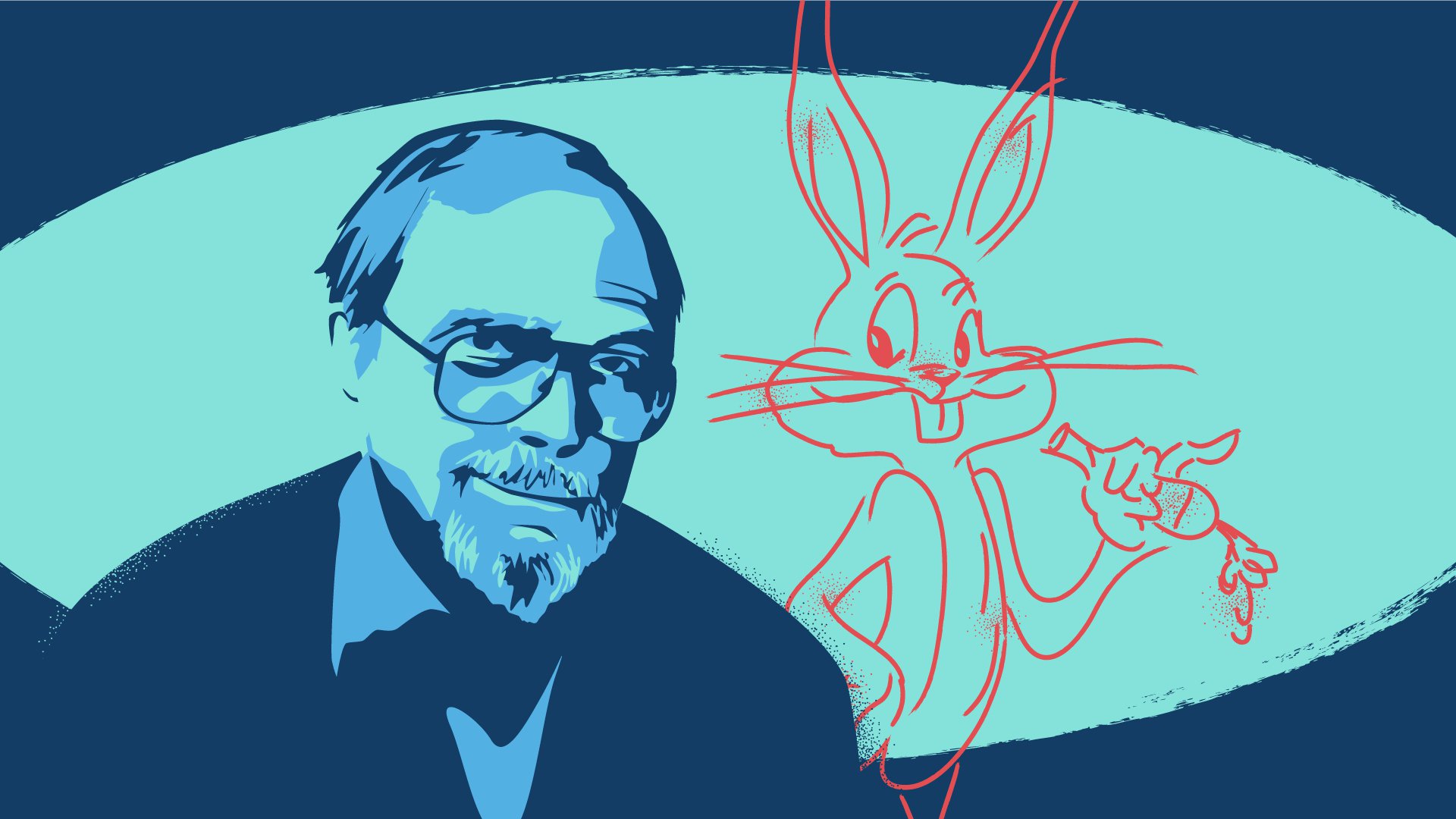 “This is the vital factor in all comedy or all drama. Is what are your disciplines?” ― Chuck Jones

One of the greatest aspects of animated video is animation's ability to create or do anything you can imagine. Physics? Psh, let's make our own. Physical limitations? Nah, elastic limbs all the way! However, because of this lack of limitation when it comes to animated video, you must think of them yourself. Discipline. What are the rules of your world? What are the limitations of your characters? What drives their behaviour?

It was these self imposed rules and disciplines that helped make Chuck Jones one of the greatest animators and directors and someone we can all learn from, even here at Zedem Media.

Whilst Tex Avery may be animation's original gag-man, leaving very large shoes to fill, Chuck Jones filled them with ease. His career spanned the Golden Age of animation and the early 2000s, during which he created over 300 animated films, won 4 Academy Awards, 3 Oscars and was awarded an Honorary Oscar for Lifetime Achievement.

So what does animated video have to thank Chuck Jones for? Like Tex Avery (who did, in fact, mentor Chuck), Jones was an integral part of the Warner Bros. animation studio, inheriting and creating animated characters many of us grew up with – such as Bugs Bunny, Daffy Duck, Elmer Fudd, Porky Pig, Wile E. Coyote, Road Runner, and Pepe le Pew – continuing to breathe life into them, whilst adding his own signature to the animation production.

Often joking that “The name ‘Chuck Jones’, according to [his] uncle, limited [his] choice of profession to second baseman or cartoonist”, Chuck Jones got  his first animation job in 1932 as a cel washer for Ub Iwerks' animation studio, Iwerks Productions. Four years later, in 1936, Jones began working for Leon Schlesinger Studios (later sold to Warner Bros.), the animation studio that produced Looney Tunes and Merrie Melodies animated cartoons for Warner Bros. It was here that Chuck Jones truly flourished, cultivating the perfect timing, in-depth characters, and undeniable portrayals of emotion and drive, that he is still remembered for. In 1936, Jones was promoted to the youngest director at Warner Bros. and continued his contributions to animation production up until 1962, when W.B.'s animation department was closed down.

As producers of animated video ourselves, we at Zedem Media always look to these great animators to guide and improve our own work, ever striving to tell your story in the best way possible. So what factors can we learn from the work of the late Chuck Jones? Not to mention his impeccable use of timing, as we mentioned before, one of the most important traits of Jones' animations was his discipline. Before Jones' Daffy Duck, for example, was merely looney (befitting, really), but after Chuck constrained his actions and behaviour to his desires and personality, Daffy became a much more rounded and relatable character. That's why it's important that we understand and flesh out your story and message, to ensure our animated videos reach out and connect with your audience.

Not only that, Jones understood that oftentimes less is more, in his later work using minimal expressions to tell a whole lot. This is something we can really relate to, using our short educational animation videos, TV commercials, or animated educational videos to tell your message in a simple, short and successful style.

So here's to Chuck M. Jones, a true star of animation production.