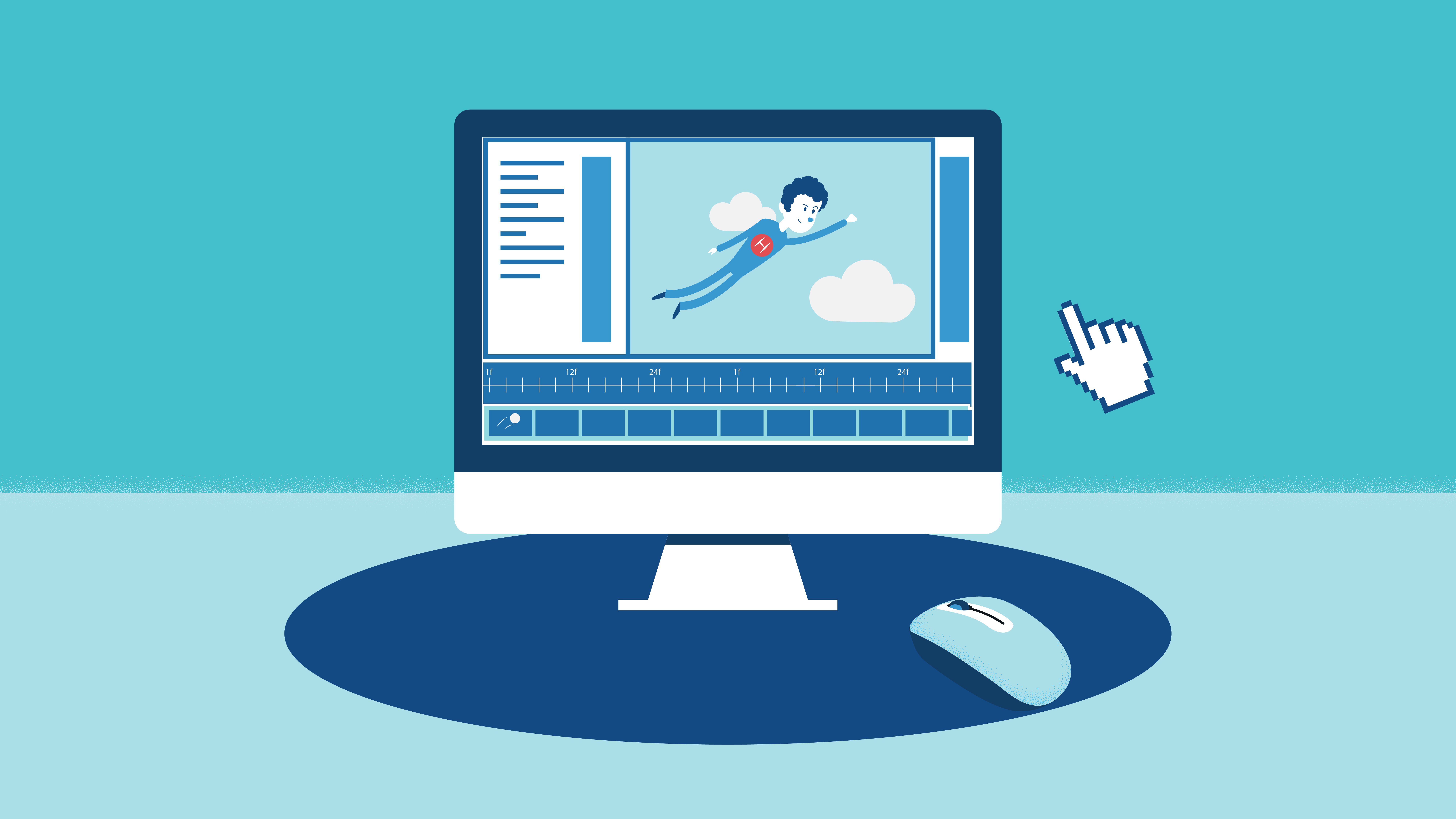 Listen; quietly, carefully. Do you hear that? I'm talking about that slow, steady clicking, interjected by an occasional rapid succession of clicks and the odd sigh or grunt. Curious, no? That, my dears, is the sound of the animator, hard at work. A few more clicks and an animation will be born. Nature is beautiful, is it not?

Ah, were it only so simple. Many an animator would be saved countless cups of caffeine and sleepless nights were that the case. Sadly, video production is a long, gruelling process that can span months, or years in the case of longer features. Of course, the process of creating an animated video can vary between animation studios and types of animation, but there is a general workflow or pipeline to them all.

Within an animation studio, the end product is everyone's baby; from conception to birth, an animated video will pass through a myriad of minds and hands before being released to the world. It is neither a process nor achievement to be held by one, but rather a collaborative affair.

Beginning with conception, it all starts with an idea. Whether for an animated explainer video, promo video, or an animation just meant to entertain, all that's needed to get the ball rolling is a good idea. This leads to discussions about what message you want to communicate to people. Will they believe and invest in it? How can your animated video hook your audience?

To really get what you want to say across clearly, you then need a script. Whether there will be talking characters, a narrator, or even if there is not much speech at all, there needs to be a plot scripted for the artists to start working with. Don't feel daunted thinking back to high school English classes where writing scripts required detailed descriptions of tone-of-voice and character placement and movement – your script can just be simple sentences of what exactly is being said or tips as to what should be perceived when it comes to creating the video animation.

Here's where things start to get visual. Storyboard artists have a lot on their plate when it comes to creating an animated video. They are in charge of creating the blueprint for the animator. Tasked with turning words and ideas into visual representations that will be both understandable and aesthetically pleasing, the storyboard artist needs to what colour palette, style and mood will best fit the story or the client's guidelines and best represent their brand image. Mood-boards, character design, and scene-building are but a few of the skills in the storyboard artist's repertoire.

There is no strict point in the timeline that this step needs to happen – it could occur after the animator has worked their magic. Nevertheless, an animation, although inherently visual, does not rely on our eyes alone. Sound is a very important aspect of animated video production. Think back to a scary film or scene you've seen; what is it that builds the mounting tension? What makes you jump out of your seat? The music. Watch that scene again without the sound and you'll find that the atmosphere just isn't the same. Now, music isn't always required – this depends on what kind of  video animation is being created – you may only need a voice-over and/or sound effects. As with the other steps, this isn't always a straight-forward task. The client or studio need to consider what will fit in with the other aspects of the animated video. Think of it like slotting in a puzzle piece. Need the music or voice-over be upbeat or more morose? What sounds would certain elements make when entering, exiting or interacting with a scene? For example, an animated explainer video would need a voice artist who speaks in a clear and engaging manner.

Not all animations require an animatic, although it never hurts to have one. A rough video animation of sorts, an animatic pieces together the scenes from the storyboard, adding in-betweens where necessary, and giving the animators and clients the gist of the timing and feel of the piece, and flagging any parts that may need revision before proceeding to animation.

This stage will vary greatly based upon the style and type of animated video being created, as well as the size of the animation company. In essence (a very general essence!), the animator takes the storyboard and elements and breathes life and movement into the project, be it moving characters to transitioning objects and text.

Whilst it's always good to get feedback for anything you do, this step can be the bane of an artist's life. The finished animated video will be sent for review and then any changes requested will be made by the animator and the process repeated. It's important to always set a limit to how many times revisions will be made, lest it go back and forth incessantly.

So, there you (briefly!) have it! It's a long and slow task to create an animated video, requiring a number of talented individuals to play their part, but in the end it's worth it.

Have a Happy New Year full of creativity and new things!

Here's a good resolution for the New Year and for every new day: Get it done! Whatever it is...